Skip to content
Registration was done, an opening prayer followed by an opening remarks by a volunteer of Mozilla club of HackathonGirls. Profile of Agenda, speakers, and schools represented was shared.
The 1st speaker – Internet society, Gambia spoke on the Internet development followed by story telling from the girls – one spoke on how she joined the club and what keeps her coming and the other spoke on what she has learned so far and what makes the club different from others.
The 2nd speaker – Young men’s Christian association spoke on why girls should take up leadership roles and work hard, immediately after this one of the girls gave a poem and the other told her story.
The 3rd speaker was Juma Baldeh who is the club captain of the Mozilla club of HackathonGirls, where she spoke more on Mozilla clubs, girls and why the Internet should be open and accessible to all. She continued to encourage people to learn how to read, write and participate on the web, and also on why more Mozilla clubs are needed in the Gambia. HTML boxes sequence was done by Adaora (9 years ) who has been in the club from the beginning.
The 4th speaker was Mr Amine Zaafouri who is a tech speaker from Mozilla gave a talk on Mozilla and WebVR, this was an interesting topic as it was more of an interactive session where people participated and Mozilla stickers were shared and people got to have more understanding of the Mozilla goals. 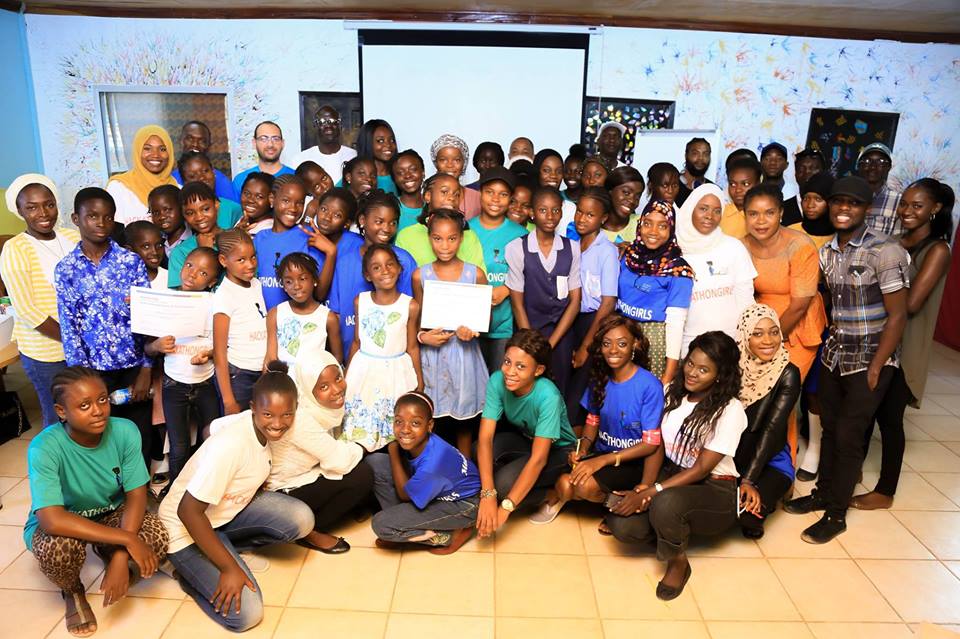 A short drama was done by the girls and it was exciting as it focused more on what the Mozilla club does and why people should should join the club especially girls. Snacks were shared and a closing remarks followed by a group photo.